Can You Sue a Minor for a Personal Injury in NYC?

When you are injured due to the fault of another, it is always a tense situation, especially if you seek to recover damages from the at-fault party. When the party at fault is a minor, however, the situation becomes even more complex. Society, and the law, do not hold children to the same standards as adults. For that reason, it may be more difficult to sue a minor who causes you an injury and receive compensation for your out-of-pocket expenses. In New York City, however, bringing a lawsuit against a minor is possible, but may not always be practical.

Negligent acts caused by minors are treated in the same manner as those committed by adults, with one major difference. That difference is the standard to which the minor is held. Generally, to be successful in a negligence lawsuit, you must prove four things: (1) duty, (2) breach, (3) causation, and (4) damages. To understand the difference between a lawsuit against a minor and one against an adult, you must understand the four elements of a negligence case.

A duty exists when one individual owes a duty of care to another. While this sounds complex, individuals generally owe a duty of care to all individuals around them to act in a reasonable manner. That duty is breached when the individual acts unreasonably, the second element. If that breach causes an injury, negligence is established. Caution is found by asking “if the individual did not breach the duty, would the plaintiff have been injured?” If the answer is no, then there is no causation. Finally, a finding of negligence will not award the plaintiff anything unless he or she can prove that they suffered damages.

The substantial difference when suing a minor for damages is found in the breach element. The “reasonable” standard in determining whether a breach has occurred is extremely vague. Generally, we ask whether a person acted as a reasonably prudent person in a similar situation. For minors, however, we ask a different question – the law asks whether a reasonable minor of the same age with the same knowledge, experience, and education would have acted in the same way. Obviously, this is a much more difficult analysis when a minor is involved.

An intentional act is not an accident at all. Rather, an intentional act requires that the defendant acted with malice, willfulness, or some other mental state indicating that they intended the achieved result, which is the injury. For example, a minor may wilfully cause property damage, or may willfully cause an injury to another through an assault, battery, or another intentional tort. In many cases, a child who commits an intentional act will be held to the same standard as an adult who does the same. This is especially true if the minor is a teenager, and able to determine right from wrong.

Can You Sue A Minor In Small Claims Court?

Thus, if you have suffered damages greater than these amounts, you may want to bring your lawsuit to a traditional court to ensure you are adequately compensated.

Can Minor be Sued If They are Younger Than 10?

Generally, a child under the age of ten cannot be held liable for his or her actions because the child is unable to determine right from wrong. This is less true the closer the child becomes to the age of 10. Accordingly, this rule of law is not followed in every case. In 2010, a New York judge held that a 5-year-old was able to be sued for causing an injury to an elderly lady, which occurred while the child was riding her tricycle down a New York City street. That case rested on a theory of negligence, however, so the standard that the judge held the girl to was that of a reasonable 5-year-old. Needless to say, a reasonable 5-year-old is not a very high standard. Additionally, parents will generally not be held liable for the negligent actions of their child under the age of 10. This means that you must recover against the child, who undoubtedly has no or very few assets.

The situation is much different for intentional injuries. If you can show that a child under the age of 10 intentionally injured you, you are far more likely to recover against the child. That is because he or she knew right from wrong and consciously chose to perform the wrong act, causing an injury to you. It is also true that you may be able to recover from the parents of the child when the child commits an intentional act. Once again, however, this is difficult with children under the age of 10, and will likely depend on the facts of the case, such as the extent of the injury and the egregiousness of the parents’ behavior in the situation.

If you were injured by a minor and are seeking compensation for your injuries, you may have a difficult and long road ahead, as personal injury lawsuits against adults take a while themselves. The experienced injury attorneys at the Moshes Law Firm, P.C. can help guide you through this process. We will help you determine your best course of action and help you decide whether a lawsuit against a minor will be worth your time and effort.

Yes, you can. If a child is between the ages of 10 and 18, it becomes much easier to recover against him or her, depending on the age and the type of injury suffered. First, in certain situations, described in further detail below, the parents may be liable for the actions of the child. Absent that, we first look at whether the injury was intentional or accidental.

If intentional, a strong argument can be made that a child over the age of ten understands the consequences of his or her actions, making a case against him or her much stronger. If the injury was accidental, however, the negligence standard described above will be applied. The relevant question is whether a reasonable minor with the same knowledge, experience, and education would have acted in the same manner. If the answer is “No”, then the minor acted negligently and can be held legally and financially responsible for your damages.

A parent may also be held responsible for other behaviors of his or her child, such as negligent behavior, under the common law. Common law simply means a long-standing legal principle that is not codified in the New York laws. Many court cases rest on common law, and it is not uncommon for attorneys to utilize it. More on this is discussed below.

If you have been injured by a child and are wondering how you go about suing a minor, a brief discussion with an attorney can help clear things up. The truth is that these cases are complex and highly factual. The attorneys at Moshes Law Firm, P.C. have successfully brought and defended personal injury cases involving minors in New York State and City.

Who Can Pursue Recovery for Damages Caused by a Minor?

There are no legal limits to who can seek recovery for damages caused by a minor. Anyone over the age of 18 can legally file a lawsuit against a minor. An issue arises when a minor attempts to file a lawsuit against another minor, such as if a child was injured in a school yard fight. In that case, the injured minor’s parents will have to bring the lawsuit in their child’s name.

Generally, a parent is not liable for the actions of their children, including for car accidents or motorcycle accidents caused by the minor. The only exception is if the parents themselves were negligent. This exception is found in the common law, meaning it is not confined by statute, but still widely applied. For example, if a parent gives the child the keys to a car, knowing that the child does not have a license, and the child injures someone in an accident, there is a strong case that the parents acted negligently. Another example is if a child is drinking at home, and the parents are aware. If the parent knowingly allows the child to leave the home in a vehicle, the parent may be found to have acted negligently if an accident results.

In summary, to recover against the parent, you must prove that the parents were also negligent, and but for the parents’ actions, such as allowing their child to leave the house drunk, you would not have been injured. This can often be difficult to prove, as the facts may not come out until the discovery phase of litigation.

How can you sue a minor?

How Young Does The Child Have To Be?

Under the New York Parental Responsibility Law, parents can be held liable for certain intentional actions of their children who are between the ages of 10 and 18, namely bomb threats and intentional property damage. For other actions committed by children, there is no limit to what age you can bring a lawsuit. The older the child is, however, the more likely the lawsuit will succeed.

What About Children Participating In Adult Activities?

Yes. Minors can be held accountable for causing an injury under general negligence principles. This is complicated, however, because minors are held to the standard of a minor with their particular education and experience, rather than the typical standard of an adult. Thus, a court may determine that a reasonable child would do something that a reasonable adult would not, making the child’s behavior non-negligent.

Why Would You Sue A Minor?

You would bring a lawsuit against a minor for the exact same reasons you would bring one against an adult – because the minor caused an injury to you and you suffered out of pocket damages or serious pain and suffering. For example, if a teenager was speeding in a vehicle with his friends and rear ended you, you may have medical or other costs that are not covered by insurance. You would sue the child to recover these costs just as you would an adult.

At what age is a parent not legally responsible?

Can you sue a minor for assault?

There is a saying that you can sue anyone, but that does not mean you will win. The same goes for a 5 year old. You can in theory sue a 5 year old, and as discussed above at least one New York judge has allowed it, but such a case will be very difficult to win. Further, if you do win, you would have to recover your damages against the 5 year old, who likely has no assets.

Harmed by a Minor? Contact the Law firm of Yuriy Moshes

At the Moshes Law Firm, P.C., our personal injury attorneys have litigated a wide variety of personal injury cases, including cases against and by minors. If you have been injured by a minor, there are a number of careful decisions you must make before deciding to go forward with your lawsuit.

Sometimes, it is best to settle before a lawsuit ever occurs. If you have been injured by a minor, the experienced attorneys at Moshes Law Fir are standing by. Contact us today for a free consultation and discussion on how you should proceed. 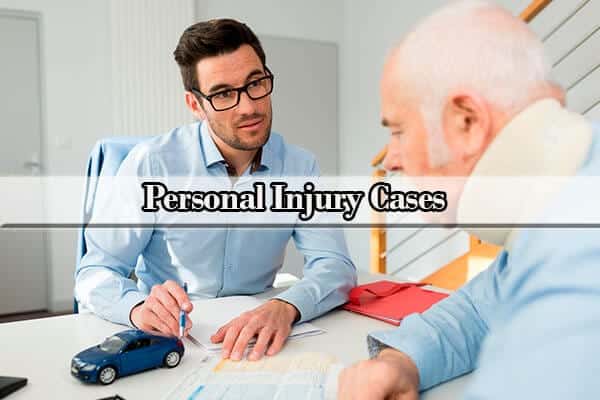 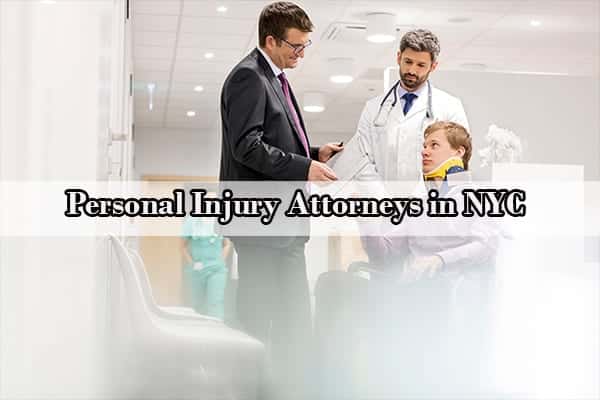 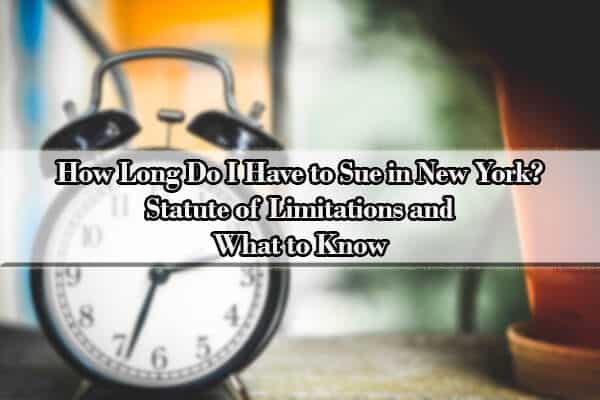 How Long Do I Have to Sue in New York? Statute of Limitations and What to Know
Read more 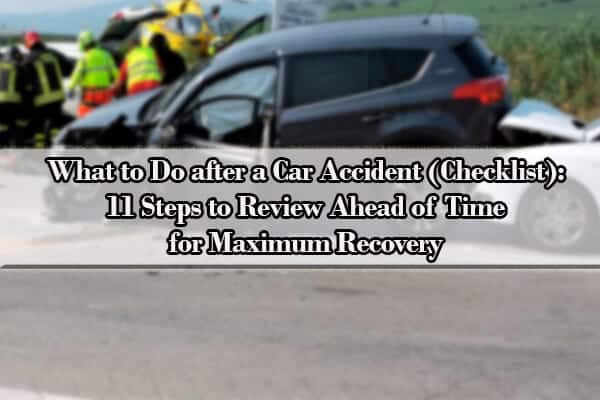 What to Do after a Car Accident (Checklist): 11 Steps to Review Ahead of Time for Maximum Recovery
Read more 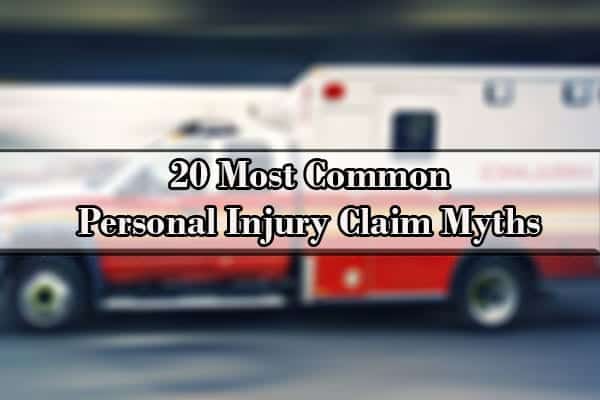