How Long Does an Employment Lawsuit Take in NYC?

Employment law claims come in many shapes and sizes. Accordingly, their lengths vary wildly. Generally, employees would like to settle their lawsuits quickly, rather than battle with their current or former employer in court. To understand how long an employment lawsuit will take, you must first have a basic understanding of employment lawsuits in New York State.

Types Of Employment Lawsuits  In NYC

Employment lawsuits are common in New York City. This is because of the large number of employers present here and because of the robust employee protection laws New York provides to its residents. In reality, there are dozens of theories under which an employee can file a lawsuit against his or her employer. Whether it be for discrimination or inappropriate remarks made by human resources, New York employees are some of the most protected in the country.

Wrongful termination is a wide-ranging term that describes a number of actions that ultimately resulted in the employee being fired for an improper reason. Generally in New York, most employees are hired on an “at will” basis, meaning that they may be fired for any reason whatsoever, at the discretion of the employer. Despite that, there are a number of reasons why an employee cannot be fired by their employer. While it is hard to detail each and every situation that will give rise to a wrongful termination claim, the most common are the following:

Unpaid wage claims are brought by employees against employers for back due pay. Usually, these arise from situations where the employee was unaware at the time that he or she was eligible for additional pay. For example, if an employer incorrectly tells employees that they are not eligible for overtime. Unpaid wage claims may also arise if an employer forces an employee to perform job related duties, but does not pay them, such as cleaning up after a shift while not on the clock.

A number of state and federal laws protect employees from discrimination in the workplace, including the New York State Human Rights Act and the Federal Disability Act. An employer may not discriminate based on an employee’s race, color, religion, gender, national origin, ethnic background, sexual orientation, marital status, or disability.

These types of lawsuits are common because employers oftentimes try to work around them and fire employees based on factors incidental to their protected status. For example, an employer cannot fire an employee who has to pray at certain times of the day, as that would be a violation of his or her religious rights.

Sometimes, an employer may not fire an employee for being a member of one of the protected groups listed above but may harass the employee instead. The harassment may simply be for its own sake or maybe to get the employee to quit on their account. Harassment may also come in other forms, such as the following:

There are hundreds of laws that businesses must follow in the United States, whether those be environmental or financial laws. Oftentimes, the government enforcement agencies are simply unaware of what businesses are doing behind closed doors. Employees, however, have a front-row seat to the potential law-violating actions of their employers. Because of that, many laws contain whistleblower protections.

A whistleblower is generally an employee or contractor that reports his or her employer to a government agency for a violation of a law or regulation. Hence, they “blow the whistle” on their employer. Whistleblower laws protect these individuals from adverse employment actions by their employers. Essentially, an employer cannot fire, demote, or otherwise retaliate against an employee who reports to the employer.

Whistleblower cases are extremely complex and a lot is at stake. Generally, an employee contemplating blowing the whistle on their employer should contact an employment law attorney before doing so. This is to both ensure the law their employer is violating contains whistleblower protections and to ensure sufficient evidence is kept. If you are considering reporting your employer for violation of state or federal law, contact an employment law attorney at the Moshes Law Firm for a free consultation today. All conversations are 100% private.

The Statute Of Limitations For Employment Lawsuit Settlements

The statute of limitations for employment claims varies depending on both the type of lawsuit and the means by which the lawsuit is filed. The statute of limitations for discrimination-based claims under the New York State Human Rights Law must be brought within three years of the last act of discrimination. Claims for unpaid wages must be brought within six years of the violation. These timeframes can vary, however, depending on the situation. The best advice is to not wait and contact an attorney as soon as possible to protect your rights.

Filing an employment lawsuit, like any other lawsuit, is a fairly complicated process. Generally, the following steps will take place:

Navigating the litigation process is an extremely complicated endeavor. Courts are rigid and missed deadlines or mistaken legal arguments could mean that a case is thrown out without much notice. If you have been the victim of an illegal action by your employer, contact the Moshes Law Firm today. Our experienced litigation attorneys are passionate about protecting the rights of employees and will assist you through every step of the litigation process.

What Is A Typical Employment Lawsuit Settlement?

At any phase during the litigation process above, the parties are free to enter into a settlement agreement. How much you will get from an employment lawsuit settlement will always depend on the facts of the case and the stage you are at in the litigation process. Typically, settlements are common quickly after the complaint is filed, if it appears to be a small case not worth the time to litigate for the defendant. Settlements are also common after the discovery phase, once one party realizes their case may or may not be as strong as they hoped.

While many parts of the litigation process, such as discovery, can be done cheaply, trial and trial preparation are extremely expensive. For that reason, pressure to reach a settlement is greater the closer the parties get to the trial date. Also, after a trial or motion for summary disposition, the defendant may be found liable, meaning that it is determined they committed the alleged actions. An employer may be willing to pay extra in a settlement to avoid being found liable and publicly known to have committed discrimination or other illegal employment actions.

At the Moshes Law Firm, we have a proven track record of quickly winning employment law cases for our clients, including the following cases that we are proud to share:

These are merely a sample of our numerous success stories for employees. Our dedicated attorneys are always willing to go the extra mile and fight for the rights of those who have been unlawfully discriminated against or harassed by their employers.

What is the average settlement in an employment lawsuit?

It is not uncommon for the average employment lawsuit to settle for tens of thousands of dollars. In reality, there is no “average” amount, as the ultimate payment depends on a number of factors, such as the extent of the illegal activity.

When should you settle an employment lawsuit?

Generally, you should settle an employment lawsuit when the defendant offers you an amount that you believe compensates you for the wrong committed. This will vary by person.

Why would an employer offer a settlement agreement?

Employers are generally willing to offer a settlement agreement because it is a much cheaper option than litigating a case to its conclusion. Rather than pay an attorney to leave the issue to a judge or a jury, they can pay a smaller amount to the plaintiff directly. This is true regardless of whether they think the underlying case has merit.

Can I get fired for suing my employer?

It is extremely rare for an employee to sue their current employer, however, it is possible. Generally, an employer cannot fire you for filing an employment lawsuit against them, because doing so would be based on you asserting your rights under anti-discrimination laws.

Is wrongful termination hard to prove?

Wrongful termination can be difficult to prove. In some cases, the employer will simply say that they are terminating the employer for an illegal reason. Typically, however, you will have to utilize circumstantial evidence to prove motive.

What happens when you win an unfair dismissal case?

Once you win a case, you will be awarded a number of damages depending on the facts of the case. Once you have the award, you must then begin collecting on that award from the defendant.

It is difficult, emotionally, to bring a lawsuit against a former employer, especially one that has abused you in the past. Everyone must know, however, that it is your legal right to do so if you were treated unfairly, and doing so often begins the healing process.

Whether you need quick legal advice on how to handle an issue at your employment or if you are ready to file a lawsuit, the attorneys at the Law Offices of Yuriy Moshes are standing by to help you. Contact us today for a free, no-cost consultation. 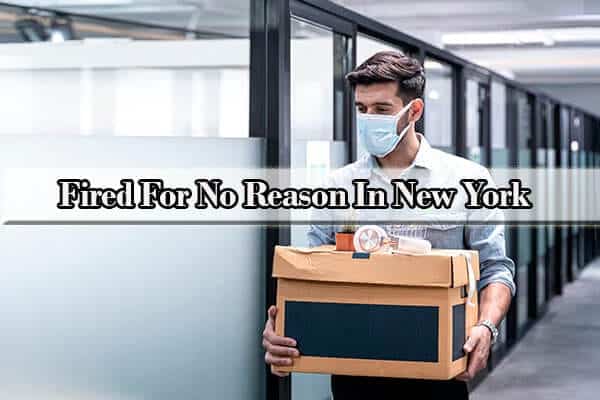 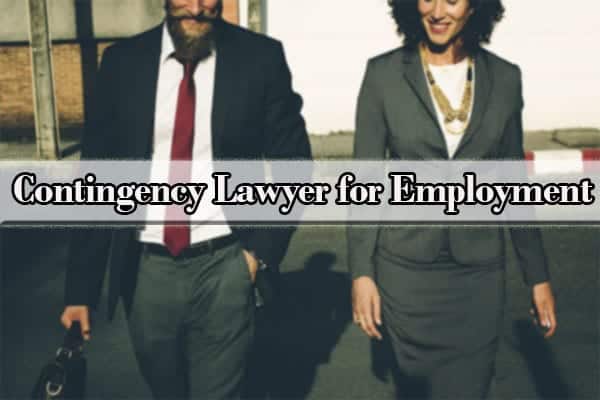