How to Settle Debt Due to Covid-19

With the recent COVID-19 outbreak affecting the health of every city and community worldwide, many people throughout the country are also struggling financially. Many have lost their jobs entirely or have suffered loss of income. Many businesses have lost their client-base and are struggling to stay afloat. Accordingly, even with the federal stimulus, debt is slowly creeping up on every single American in this country. This is especially true for New York and New York City, which is especially affected by the pandemic. Unfortunately, there are no magic or easy answers in solving this debt.

How to Stop Paying Credit Cards Legally? How to Win a Credit Card Lawsuit?

With mobs of people being laid off from work every day, being forced to stay indoors and not work, and with wages decreasing more and more due to a lack of business activity, many New Yorkers have been forced to try to live their lives using credit cards. Although it is not ideal, nothing about this coronavirus is ideal either, forcing many people to use their credit cards to pay for such essential expenses as groceries, utilities, health insurance, and auto insurance premiums. 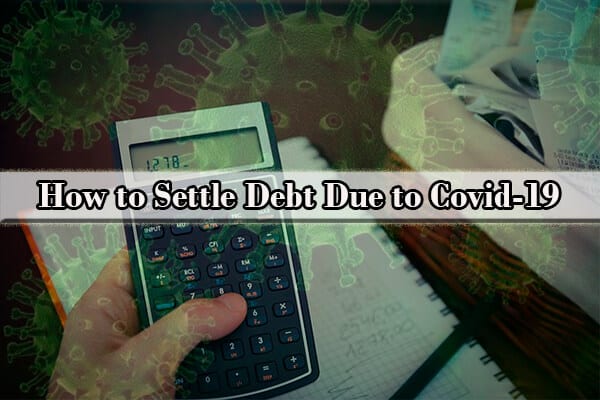 These credit card bills keep piling up, becoming higher and higher, forcing many people to only be able to pay the minimum balance, all the while, their debt balance keeps climbing. As a result, New Yorkers find themselves trapped in a downward spiral, never being able to get out of the debt that they were forced into due to the coronavirus, with their credit scores becoming lower and lower.

What is Debt Settlement?

Debt settlement is an approach to debt reduction in which the debtor and creditor agree on a reduced balance that will be regarded as payment in full. The debtor hires a debt settlement attorney on their behalf who then negotiates a reduced payment to the creditors. Does debt settlement hurt your credit? The debtor’s credit rating can go down significantly due to a default. However, even though the accounts are “settled,” the default appears on the debtor’s credit record for seven years.

How Does Debt Settlement Work During a Pandemic in NYC?

With all of NYC being affected by the COVID-19 pandemic, the entire city is on the brink of financial ruin. Accordingly, how does COVID affect debt settlement? And more importantly, can I reduce the interest on debt thanks to the coronavirus?

Luckily, the answer to this is a resounding “YES.” As the COVID-19 pandemic continues, many lenders are putting policies in place to help customers who may need extra time to pay their bills. Lenders may be able to temporarily lower your interest rate or payment amount, or pause your payments for a period of time.

You may be asking yourself, “I got coronavirus or my relatives got infected and this prevents me from working because of that I can not close my debt on time – what should I do?”

What is Better Bankruptcy or Debt Settlement?

What do I do during a pandemic if my business stopped working and I have my debts? Specifically, what is the difference between debt settlement vs bankruptcy?

Bankruptcy generally falls into two categories: straight liquidation of assets (Chapter 7) and reorganization (Chapter 13). Both go through the court system where a judge, ultimately, decides the outcome. Both also become part of the public record.

Which is Better? Debt Consolidation or Debt Settlement?

You consolidate your debts through a consolidation loan, which is a single loan that combines and replaces all of your prior debts into one monthly payment with one interest rate. Consolidation loans are offered through financial institutions, generally banks or credit unions, and all of your debt payments are then made to the new lender. 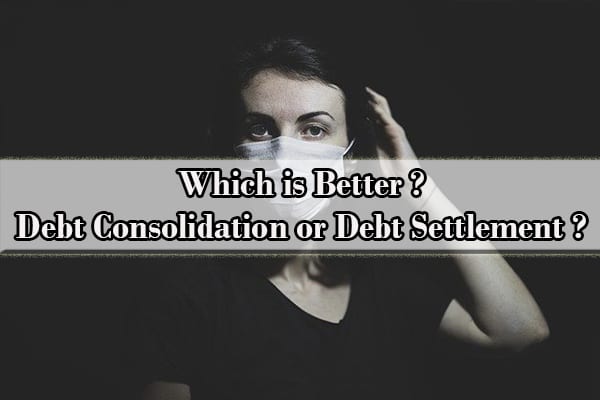 In contrast, a debt settlement strategy does not seek to replace existing debt with a new loan. Instead, debt settlement is a series of negotiations between your creditors and your experienced debt settlement attorney, in which they seek to reach an agreement that allows you to pay less than you currently owe, usually in a lump-sum payment.

A debt settlement program is a debt resolution strategy that allows debtors to reduce the amount they owe in exchange for a lump-sum payment.

Will a Pandemic Smooth Out My Debt to Financial Institutions?

Although creditors are under no obligation to enter negotiations or accept your offer, since the COVID-19 is now universally worldwide, financial institutions will more often than not be willing to work with you, making it often possible to pay much less than what you currently owe if the creditor believes your offer represents its best chance to recoup at least a portion of the loan. In addition, advanced debt-collection techniques and accounts-receivable processes can be expensive, and fighting through a bankruptcy proceeding is unattractive to most lenders.

How Long Does Debt Settlement Stay On Your Credit Report?

How Long Does It Take to Improve Credit Score After Debt Settlement?

If you have a poor and/or thin credit history, it could take 12 to 24 months from the time you settled your last debt for your credit score to recover. Either way, you’ll benefit from debt settlement if that means you’re no longer missing payments.

What Percentage of a Debt is Typically Accepted in a Settlement?

Before the CORONA-19 pandemic, the standard percentage to settle a debt for was 40 to 60 percent of the original debt amount. However, during this CORONA-19 crisis, the percentage could be even greater now.

How to Write a Debt Settlement Proposal Letter?

Since COVID-19 has affected all of NYC, causing the entire population to not be able to pay their bills and turn to credit cards to survive, negotiating with debt collectors and creditors has become much easier, assuming you have the right debt settlement attorney who is familiar with the process and can draft an effective debt settlement agreement letter.

Once the debts are settled, your credit rating will lower. However, there are still some consequences. Even though the accounts are “settled,” the default appears on the debtor’s credit record for seven years. However, you are still able to keep your property and can avoid bankruptcy. 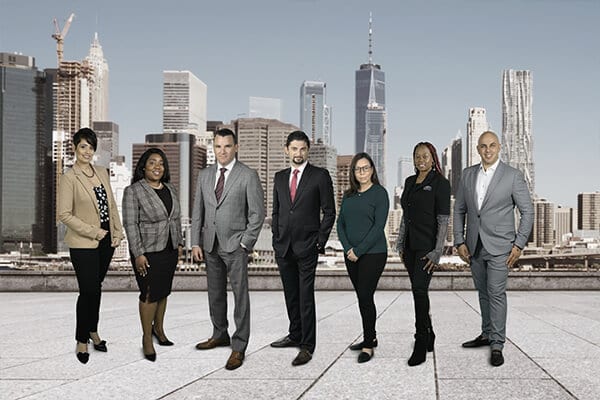 The Law Office of Yuriy Moshes PC represents all types of people and businesses in debt settlement in the greater New York City area including all its boroughs, including Manhattan, Brooklyn, Queens, the Bronx, and Staten Island, as well as Northern New Jersey, Long Island, and Upstate New York. If you’re struggling with debt, you need to consult with an experienced debt settlement lawyer for a free consultation.