Unfortunately, accidents involving bodily injury are a way of life. No matter how careful you are, at some point, you’ll most likely sustain some type of accident that is not your fault. If you are lucky, your accident will be minor and you will be able to carry on with your normal way of life. However, for some of us who aren’t so lucky, our injury may be permanent in nature, whether it is in the form of a physical injury, or it could be mental trauma. Whatever is the case, you are entitled to compensation for the pain and suffering you’ve endured.

When it comes to injuries that are severe and catastrophic in nature, you should be aware of what to expect, the obstacles you may face, and how best to obtain the highest and maximum settlement or award. In this article, we shall be addressing:

What is Considered a Catastrophic Injury? 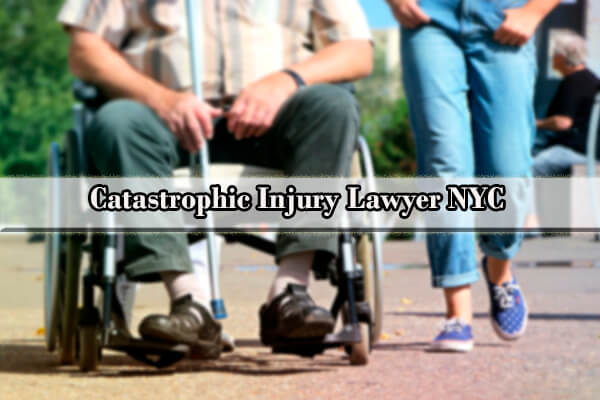 They can be mental as well. Accordingly, when it comes to the meaning of catastrophic injury, you’re taking about an injury that generally involves some type of permanent disability. Usually, catastrophic injuries require surgical treatment. These are common after truck crashes, severe motor vehicle crashes, and in cases of traumatic brain injuries, amputations, and paralysis.

There are many types of catastrophic injuries. They may include:

The catastrophic brain injury definition must be marked positive by the Glasgow Coma Scale (GSC). The GSC is the most common measure of catastrophic impairment as a result of a brain injury. The GCS is a test designed to measure states of consciousness. The person administering the test (usually an ambulance attendant or emergency room doctor) asks the patient to open and close his or her eyes and make a sound. The person also measures the patient’s response to pain. The scale is out of 15 – any score of 9 or lower taken within a reasonable time after the incident by a person trained to administer the test means the person is catastrophically impaired.

Damages in a Catastrophic Injury

A person with a brain injury will also be catastrophically impaired if they suffered from a class four marked impairment or class five extreme impairment as that term is defined in the 4th Edition of the American Medical Association’s Guides to the Evaluation of Permanent Impairment. People with catastrophic brain injuries often require very expensive care and supervision. Determining early if the person is catastrophically impaired can provide access to much needed benefits to aid in their recovery. It is important that you talk to someone that can help.

Similarly, a person with a spinal cord injury will also require intensive care and supervision. Oftentimes, a spinal cord injury will cause paralysis to their upper and lower extremities, may require some sort of spinal surgery, such as a fusion involving a metal rod placed in your spine, or may involve the loss of movement to one’s extremities, thereby requiring the need for a wheelchair.

What is Negligence in Catastrophic Injuries?

In motor vehicle accidents, proving negligence is most easily proven if the negligent party was ticketed. In slip and fall cases on other people’s property, proving negligence is generally shown by establishing that the property owner knew or should have known about the dangerous condition, but failed to remove it. This is most commonly demonstrated by showing that the condition was present on the property for an extended period of time and the property owner failed to inspect or discover the dangerous condition. 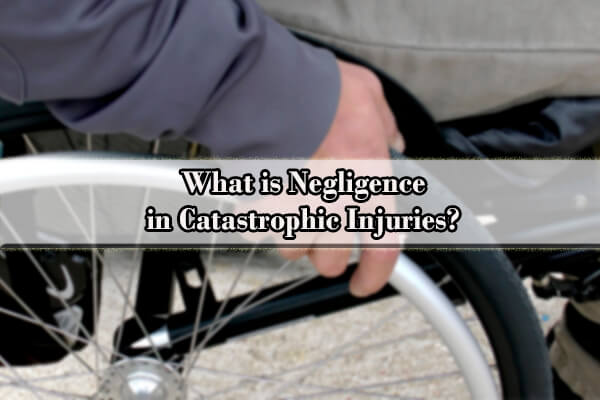 Insurance Company Negotiations and the Role of a Catastrophic Injury Lawyer

Since catastrophic injuries can be so severe and decapitating, insurance companies will do everything they can to try to defend against such cases and limit the amount they have to pay out as much as possible. That’s why when it comes to catastrophic personal injury cases, having the right injury lawyers for you, which would be an attorney to fight the insurance company, is not only vital, but is as necessary as drinking water. Not only will such an attorney be able to define catastrophic injury and recognize the damages and liability involved, but they will also have to have the experience and knowledge to be able to handle such a claim, from negotiations to proceeding and winning the case at trial.

You are going to want to have an attorney well-versed in litigation, and knowledgeable enough to know how to handle the different insurance companies.

The right catastrophic personal injury lawyer will know how to best present your case, from proving liability to proving damages, even if your liability and damages are lacking or are weak.

Compensation for personal injury claims vary on a case by case basis, but since we’re dealing with an injury that is catastrophic in nature, when it comes to catastrophic injury settlements, the damages generally will be quite high. Damages often involve what’s commonly referred to as pain and suffering. The more damage you have sustained, the higher your settlement will be. The chief factor in determining damages is most commonly the amount of your medical bills. The higher your bills, the higher your pain and suffering. Some other factors that determine damages include the amount, duration, and type of your medical treatment you’ve endured, lost wages, and any permanent disability.

Q: What Is A Catastrophic Personal Injury?

A: A catastrophic personal injury is an injury that is so severe that it entails serious, long-term life-altering consequences. It may include not only a bodily injury, but also mental trauma, such as depression, post traumatic stress disorder, or chronic anxiety. Often it involves some sort of permanent impairment.

Q: What Is A Catastrophic Workers Compensation Claim?

Q: Do I Really Need a Personal Injury Attorney?

Q: Who Is Responsible For A Catastrophic Injury?

A: When it comes to catastrophic injuries, the party that caused the accident will be responsible for compensating you for your injuries as long as you can prove that they were negligent. Proving negligence means that you have to show that the party had a duty to you, breached that duty, and that as a result of that breach, you’ve sustained the catastrophic injuries that you’re claiming.

Importance of Representation by a Catastrophic Injury Attorney

The insurance company will do everything they can to try to attack your claim and decrease the amount of money you’re entitled to. You’ll want to have the best personal injury attorney at your disposal to increase your odds. Having a catastrophic injury lawyer who is familiar with personal injury lawsuits not only will increase your chances of a better settlement but will make the lawsuit process much easier on you and your mind. Knowing that you have the right catastrophic injury lawyer by your side will help you ease your mind knowing that they are fighting for you and have your best interests.

At Law Office of Yuriy Moshes, we are experienced, knowledgeable, and advocates for victims of catastrophic injuries. We represent all types of injured parties in the greater New York City area including all its boroughs, including Manhattan, Brooklyn, Queens, the Bronx, and Staten Island) as well as Northern New Jersey, Long Island, and Upstate New York. If you’ve been and have sustained a catastrophic injury and are seeking money damages, you need to consult with the best personal injury attorney who is experienced and knowledgeable with these matters. We provide a free consultation. 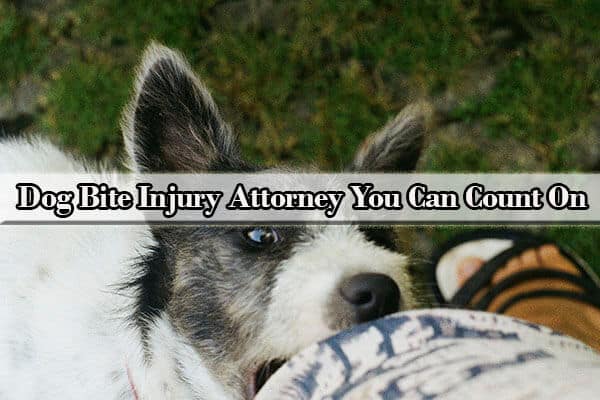 Dog Bite Injury Attorney You Can Count On
Read more 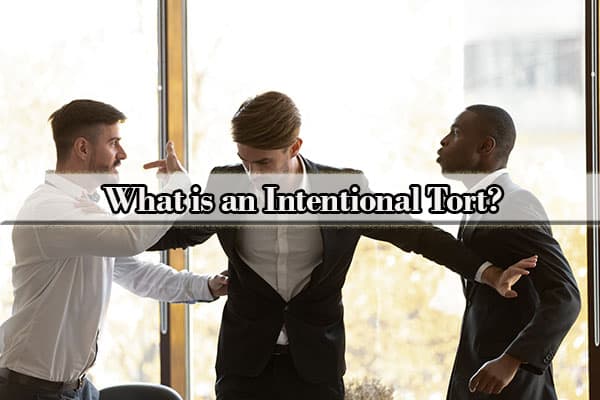 What is an Intentional Tort?
Read more 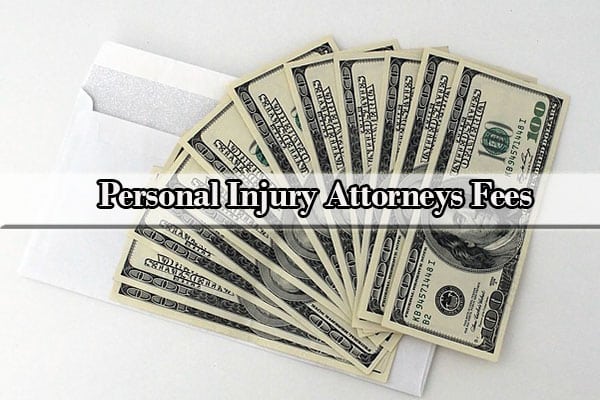 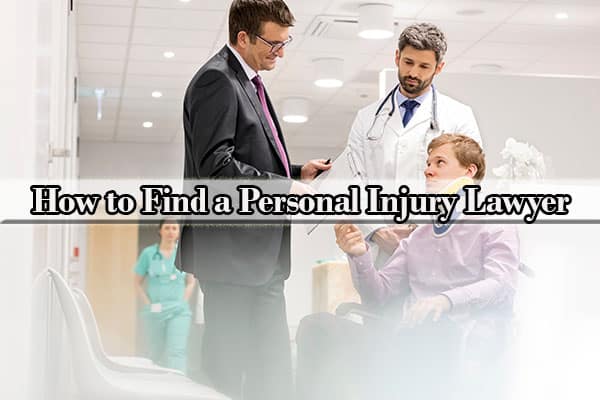 How to Find a Personal Injury Lawyer
Read more 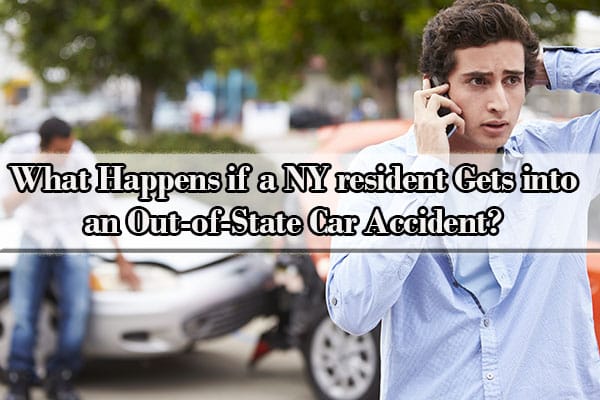 What Happens if a NY resident Gets into an Out-of-State Car Accident?
Read more 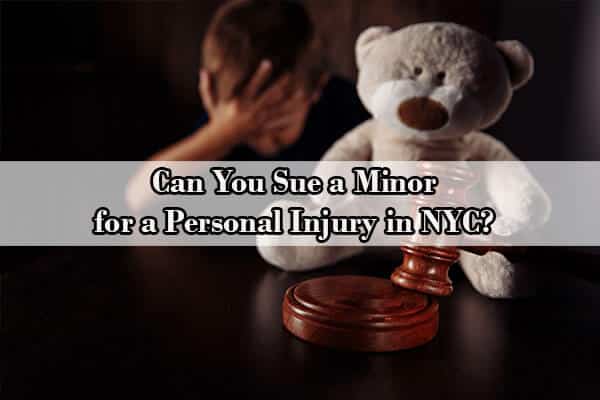 Can You Sue a Minor for a Personal Injury in NYC?
Read more
As Seen On