We represented an employee who worked for a building as a superintendent. Unfortunately, his employer discriminated against him due to his age (over 70) and ultimately terminated his employment.

For example, our client’s supervisor made numerous comments regarding his age, such as, “You are too old to still be working and should retire” and “At your age, you should not be working.” As such, our client complained to management about the above discriminatory comments. In response to his complaint, his supervisor stated: “We are selling the building. You are an old man with a good pension and at this point I will give you 2 options.  You either write a resignation letter or you will pack your things right now and be terminated.” Our client was in a state of shock and asked if he could have until the following day to think about it, to which his supervisor stated, “No! You will give me resignation letter now, but you will not come back to work starting tomorrow.”  When our client asked, “Why are you doing this?” His supervisor responded, “Do what I tell you or you will be terminated right now.” 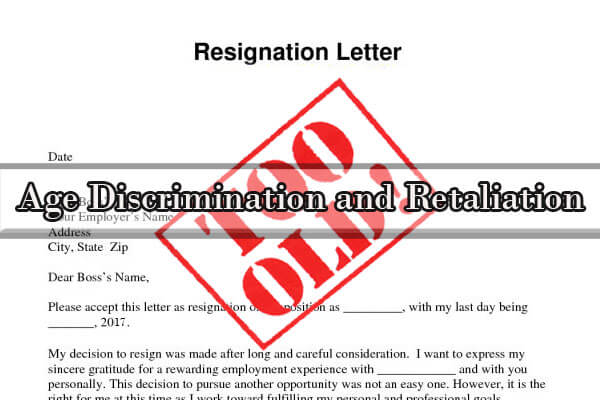 The following morning, our client sent his supervisor an e-mail, stating: “After 30 years working in the building you told me to choose either to be terminated or to resign. I strongly believe that your insistence on my resignation is based in fact on age discrimination and nothing else, as you have stated: ‘you are old.’”

The following day, the employer suddenly terminated our client for “not evacuating the tenants during the December 4th fire incident.”  This “fire incident” reason for termination was clearly pretextual, as the employer’s recitation of events simply didn’t occur.  In fact, on the day in question, someone threw a cigarette from a fire escape and it fell on the small roof in the back of the building, starting a fire.  Our client followed all necessary evacuation protocols and along with the doorman, directed everyone to evacuate the building.

We mediated this case and successfully settled the claims for a significant amount in the six-figure range. If you have any questions, call for an employment attorney free consultation.