Our client worked for a graphics company in Long Island. One day, he felt a sharp pain in his left leg while getting ready for work, but nevertheless decided to “tough it out” and go to work.  While at work, the manager noticed that our client was limping and asked about his condition, to which our client replied that he believed he merely had a bad cramp.

A few days later, our client was in extreme pain when he woke up and noticed that his leg had become severely swollen.  As such, for the first time during his employment, he was forced to call in sick. He went to the hospital and was diagnosed with Deep Vein Thrombosis. The following morning, our client called his supervisor and informed him of the diagnosis, and notified him that pursuant to his doctor’s instructions, he would need to be out of work for 2 more days.  The supervisor said, “We got you covered.”

The following day, our client called his supervisor and told him that, although he was discharged from the hospital, his physicians recommended that he not return to work for another week, after which he would be re-evaluated. Our client was thus requesting a short medical leave of absence as a reasonable accommodation for his disability, which posed no undue burden to the employer. 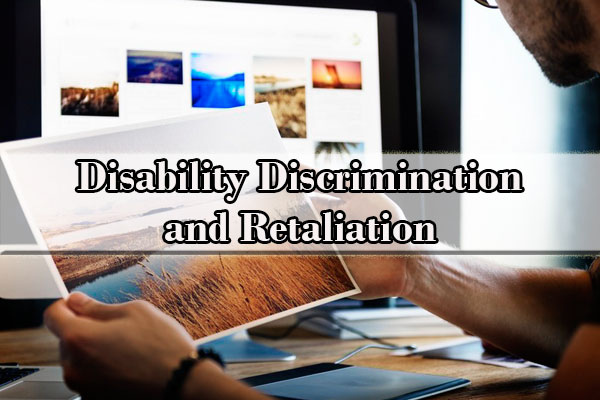 A few days later, feeling markedly better, our client was about to call the employer to notify them that he would be returning to work the following day. However, before he was even able to make the phone call, his supervisor called and terminated his employment, simply telling him, “your services are no longer needed.”

Although our client was ready, willing, and able to work, without any warning, the employer suddenly terminated his employment in retaliation for requesting a reasonable accommodation for his disability.

We filed a lawsuit on behalf of our client in Federal Court in New York and after only a few months of brief discovery, settled the case with the employer for a substantial amount. If you have any questions, call for a discrimination lawyer for a free consultation.