Our client worked as a laborer for a railroad service provider, where he was battered, harassed, and discriminated against on the basis of his national origin (Puerto-Rican), and retaliated against for complaining of discrimination.

Almost immediately after beginning his employment, our client’s direct supervisor began to refer to him as a “dirty Puerto Rican” on a daily basis.  In addition, the supervisor also referred to our client as a “low life piece of shit” and “scum bag.” Our client was the only Puerto Rican employee under the supervision of this harasser, and this man was only acting this way towards our client because he didn’t Puerto Ricans.

Our client complained to Human Resources about the blatantly illegal harassment and discrimination.  Unfortunately, the employer failed to take any action in response to his complaint. As a result, the supervisor was allowed to continue his discrimination. Also, the supervisor always made these bigoted statements in the presence of our client’s co-workers, thereby setting examples for all other employees to follow, and demonstrating that discrimination and harassment were permitted at the employer’s worksites. 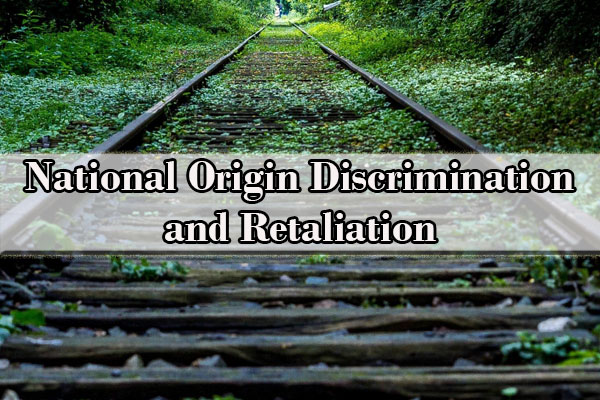 Although our client continued to complaint to Human Resources, the employer always ignored his cries for help and never addressed this serious problem. Thus, the supervisor not only exacerbated the severity of his unlawful harassment, but he also actually began to physically assault and batter our client.  By way of example, the supervisor began to pull our client’s hair and call him “gay” and “faggot.” In addition, he actually threw an object at our client, hitting him in the face and causing physical injury to his bottom lip and gum.

Not knowing where or to whom to turn, our client again complained about the constant discrimination.  Quite shockingly, only 1 day later, without any warning and without even giving a reason, our client was suddenly terminated. It’s rather apparent that the supervisor was upset at our client for complaining about his discriminatory comments, and terminated his employment in retaliation for such.

After a contentious litigation, we negotiated a settlement with the employer on the eve of trial. If you have any questions, call for an employment law attorney free consultation.