A former client claimed that she was discriminated against and terminated by her employer solely due to her pregnancy and in retaliation for complaining of discrimination.

Our client was an exemplary employee in the medical sales field and was selected as a top salesperson in her region.

However, everything seemed to change when our client informed her supervisor that she was pregnant and expecting.

While she never expected that disclosing to her employer this good news would result in the removal of sales territories and the eventual termination of her employment, she was horribly mistaken.

The employer suddenly removed half of our client’s sales territories and transferred them to a male co-worker.

Our client was extremely upset by this discriminatory act since 80% of her sales came from one of the removed territories and her income was generated from commissions. 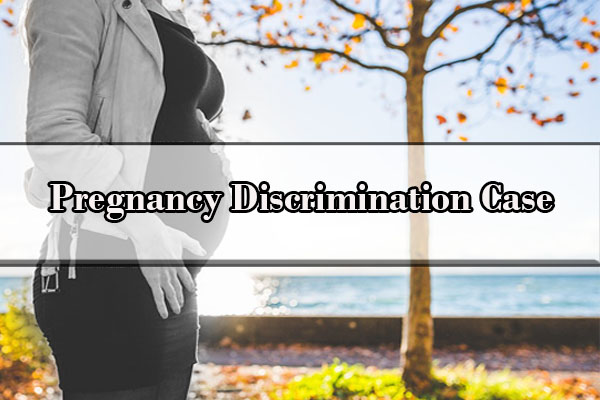 As such, our client sent an email to her supervisors, in which she complained about the removal of her territories.

Then, a couple of weeks before her due date, the employer issued our client a Corrective Action requiring her to close 4 transactions by the end of the month.

This new requirement was clearly impossible as she never had 4 transactions in one month even before the employer removed her territories, making it obvious that the employer placed this requirement on her as a way to set her up for termination due to her pregnancy.

Feeling she had nothing to lose, our client sent a text message to her supervisor stating that requiring her to close 4 sales while 9 months pregnant was nothing more than pregnancy discrimination. The employer never even responded to her complaint.

Our client delivered her baby and went out on maternity leave, returning to work only a month-and-a-half later. Shockingly, upon her return from maternity leave, and without any warning, the employer terminated her employment, stating that the company “decided to go in another direction.”

We mediated this case and successfully settled the claims for a significant amount. If you have any questions, call discrimination lawyers NYC.